Christina Stoy printed a libelous article and interview about me. When I approached her about it, she said “Name one lie. Name one mistruth that is not an opinion, if it can be substantiated, I will absolutely correct it without pause.”

However, when I corrected her and itemized her lies and libel, she responded not by correcting any of it. Rather, she refused to publish my correction and left it all in place.

While Shannon Stoy has repeatedly said she offered me every chance to comment on her site, the itemized post correcting the inaccuracy of her article was never published. Having an idea of the moral character of Ms. Stoy, I took a screen shot of as it awaited approval by Shannon Stoy. Scrolling through the comments section to July, the correction of her distortion of publicly released documents remains unposted. 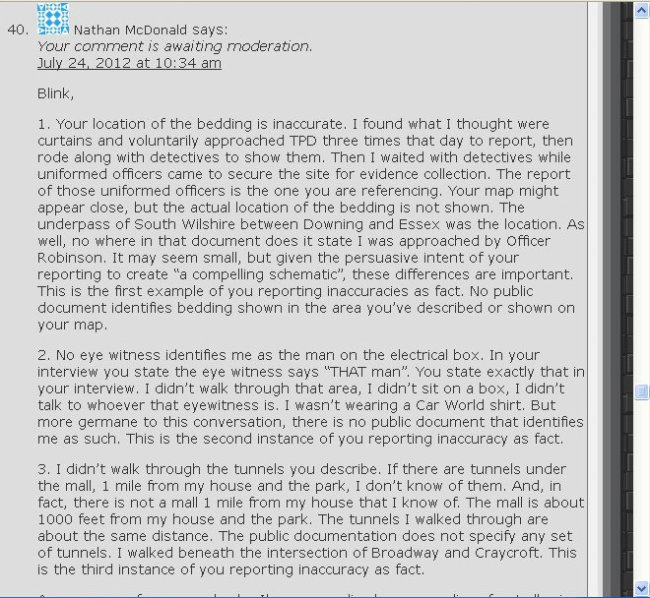